Getting ready for the 2020 race

OneAmerica proud to be Mini-Marathon sponsor 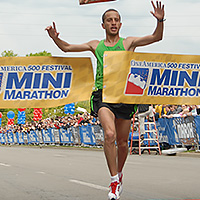 When it comes to growing in downtown Indianapolis, the Mini-Marathon and OneAmerica have been on similar paths that met in 2004.
About our sponsorship 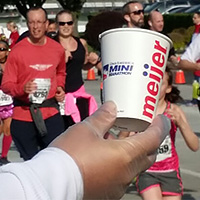 Each year since 2005, more than 500 OneAmerica employees have been helping put on the biggest mini-marathon in the country. Why we do it.
Unique community event

A look back at the 2011 Mini-Marathon 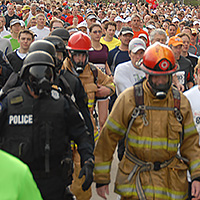 Imagine trying to run from the police for 13.1 miles. For some it was not a dream to see police and fire departments in full gear for the 2011 Mini-Marathon.
See images from 2011 race

If you finish the race, we'll give you a cookie 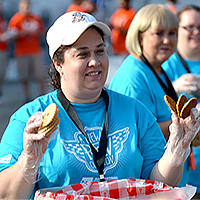 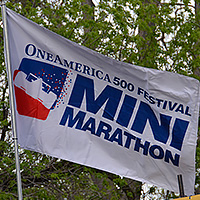 In order for thousands of runners to hit the streets of Indianapolis on race day, it takes a lot of help from people freely giving on their time.
See images from 2013 race

2014: A year of new beginnings for OneAmerica 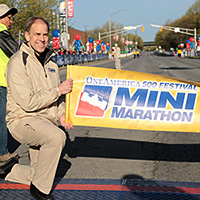 New CEO and President Scott Davison was waving the starting flag, holding the finishing tape and everything in between during race day.
See images from 2014 race

Selfies, super heroes, and soldiers took center stage for the 2015 debut of #WhyIMini and #IndyMini, which started trending on social media.
See images from 2015 race

Do you know this about the Mini-Marathon? 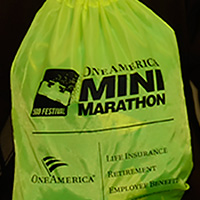 What's in the bag? What's the average temperature for the start of the race? Who has won the most times?Other facts from the OneAmerica 500 Festival Mini-Marathon

At OneAmerica we think of careers, not just jobs.